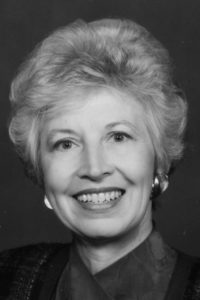 Shirley Adams began her career as a university professor at Ball State (IN), where she created the Fashion Merchandising degree within the School of Business. Following that, she created The Sewing Connection the internationally acclaimed PBS television series, then the award winning Alternative Pattern system. She shares her joy of the art of designing and creating garments that fit the artist and survive the quickly changing winds of fashion.

Although she formally retired from the sewing industry in 2010, she has agreed to allow the programs and books to be re-released through the Amazon platform. She works tirelessly in her garden and as a founding artist at Gallery on the Square in Danville, Indiana

Shirley and her husband John launched The Sewing Connection in 1990 with a simple plan and their life savings. The Sewing Connection originally aired on public television throughout the United States and beyond. Shirley offers sensible and professional techniques and inspiration to beginners and experts alike. Utilizing the help of family and friends, The Sewing Connection became the standard of fashion design and sewing instruction upon which the industry was built. Shirley designs for sewers who enjoy the art and demand quality unobtainable in ready-to-wear. 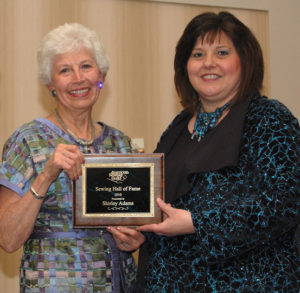 The American Sewing Guild has always been the leading light in the sewing industry whether your style is haute couture or sewing with children and everything in between. If you are interested in stepping up your game or meeting like minded people, please click on the image of Denise Dias, former chair of the national ASG Board of Directors, as she presents Shirley with a plaque commemorating her induction into the American Sewing Guild Hall of Fame.

This is the little man so many of Shirley’s fans came to know and love as well. He grew up in the business, as part of “the crew.” He is now married, a writer, and a proud father.